Microsoft says it will suspend all new sales of its products and services in Russia and stop “many aspects” of its business in Russia in line with government sanctions.

“Like the rest of the world, we are horrified, angered and saddened by the images and news coming from the war in Ukraine and condemn this unjustified, unprovoked and unlawful invasion by Russia,” wrote Microsoft President Brad Smith in a blog post Friday morning.

The company has an office in Moscow offering customer support in Russia and some neighboring countries (not including Ukraine), as noted by journalist Mary Jo Foley on ZDNet. It’s not clear what will happen to that office.

The Redmond company says it’s increasing its normal philanthropic matching program for employee donations to selected organizations supporting the humanitarian crisis in Ukraine. Microsoft normally matches donations one-for-one, and it’s boosting that to two-for-one in these instances for donations made between Feb. 22 and the end of March.

Earlier this week, Microsoft said it detected cyberattacks on Ukraine’s digital infrastructure prior to the launch of the Russian military invasion last week. It also said Monday that its platforms are not displaying or distributing any content or apps from Russia’s state-sponsored RT and Sputnik news organizations, in line with a recent European Union decision.

“Since the war began, we have acted against Russian positioning, destructive or disruptive measures against more than 20 Ukrainian government, IT and financial sector organizations,” Smith wrote in his post Friday morning. “We have also acted against cyberattacks targeting several additional civilian sites. We have publicly raised our concerns that these attacks against civilians violate the Geneva Convention.” 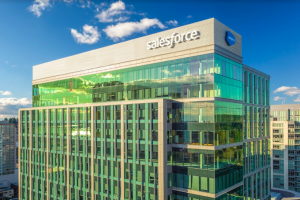 Next Article Repossessing Aircraft in Time of Crisis: A Daunting Task

[ad_1] Microsoft is proposing to acquire Activision Blizzard, the gaming giant behind such franchises as Warcraft Diablo, Overwatch, Call of Duty and Candy Crush. (Microsoft […]

[ad_1] (Maria Lin Kim Photo via Unsplash) COVID-19 caused society to re-envision how we shop, work and interact. But some of those changes, such as […]

[ad_1] To-go bags in front of Seattle City Hall on Wednesday as part of a protest by Seattle food delivery drivers. (Working Washington Photo via […]