BitcoinZ releases BTCZ Army 2.0, a major concept of its updated Dynamic Roadmap with many new features 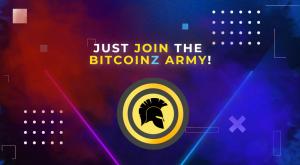 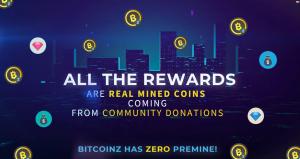 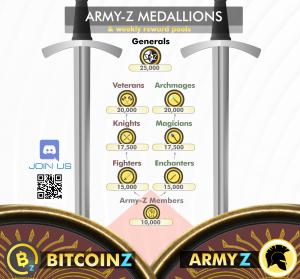 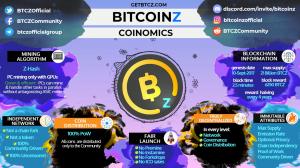 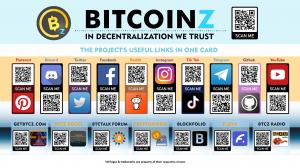 With BTCZ Army 2.0, BitcoinZ became the first Proof of Work pure cryptocurrency that enables someone to earn coins weekly even without mining equipment. 100% real coins that had been mined!”

LONDON, KNIGHTSBRIDGE, UK, September 9, 2022 /EINPresswire.com/ — BitcoinZ releases BTCZ Army 2.0, the next level of a major concept that was included in the project’s updated roadmap.

The new version adds many new features but let’s explain what BitcoinZ Army (aka ArmyZ) is about:

An army of active people in social media that will fight for spreading the word about the original cryptocurrency idea and BitcoinZ, enjoying some coin rewards coming from the Community’s Vault.

This way, BitcoinZ became the first Proof of Work pure cryptocurrency that enables someone to earn coins weekly even without mining equipment.

All these rewards are real coins that have been previously mined since BTCZ is a 100% “mineable” project with zero premined coins.

This means that all the coins in the BitcoinZ Network can be created only by mining and there was no founder allocating any coins into his wallet like the vast majority of “cryptocurrencies” tend to do, giving a very bad name in the industry and spoiling the original cryptocurrency idea with events like Luna, Squid and so many other “rug pulls”.

BITCOINZ Community has been distinguished all these years for its high level of engagement. A cryptocurrency without active community members is a dead cryptocurrency. We can see countless projects that try to build an image of “strong” social media profiles with many thousands of followers. However almost all of these supposed followers are fake that are bought in bot packages, with zero interaction.

The BitcoinZ Community prides itself for having 100% organic growth in all social media with real people who are true crypto fans fighting against the unnumbered scam-projects that try to abuse the cryptocurrency landscape.

So which are the differences now with BitcoinZ Army 2.0 version?

BitcoinZ Army 2.0 has been designed after the in-depth analysis of all the original Army-Z concept’s flaws.

With Army-Z 2.0 , there is a much more sophisticated structure with medallions which are related to ranks/levels and even higher coin rewards.

The user is able to join Army-Z and get the basic “Army-Z member’s” medal after a relatively easy review of his associated social media Twitter account and then advance to higher ranks by gaining more medals.

How can a member join the BitcoinZ Army 2.0 with simple steps ?

It is a very easy procedure with 3 steps :

1) Just join the BITCOINZ Discord server. There you will add your social media profile(s), with which you intend to support the Project, in the #joinarmyz-getfollowers subchannel. In this list you can follow other members in order to help make their profiles stronger, with more followers, like they will do back for you.

2) Install the Vidulum multi-wallet app (you can use even web version without installing it), create a wallet (backup your keys!) and enable the Discord Tipping Bot from the Settings of the wallet by entering your Discord Account’s credentials.

3) After completing the above and sharing the most important recent posts of the Official BitcoinZ Community Twitter profile in your twitter, the moderators in the BTCZ Discord will add you in the ArmyZ (you can even ask it in the relevant #armyz channel to make it faster)

From now on, you will be enjoying bitcoinz coin rewards in your connected vidulum wallet, every week that the administrators make payments to the BitcoinZ Army teams and many bonuses from several members that usually make “coin rains”!

By spreading the word about the Project and the original cryptocurrency idea in more social media platforms, interacting with the relevant BitcoinZ Community accounts and organizing your activity together with other members in the BTCZ Discord Server, you will get even more medals that lead to much higher weekly rewards ! Most importantly you will enjoy the team work and Community spirit! BitcoinZ has no company behind it, the power of the project is you and everyone else in its Community.

How exactly a member can gain a higher rank?

There are two different categories of medals, that are called functions, depending on what kind of activity a member has.

For members who support the Project in social media platforms there are the Social Media medals :

Finally there is a special General’s medal that is granted to the Community’s social media administrators who are also BitcoinZ army’s supervisors.

Each medal/rank has a relevant pool with weekly rewards that are distributed every Friday exclusively to the members that have these medals/ranks.

In order to advance to a next level/rank , a member has to fulfill the relevant requirements and to first have acquired all the previous ones in the same “chain”.

A Fighter has to first be a BitcoinZ Army member.

A Knight has to first be a Fighter and so on.

So a Fighter is included in both the Army-Z members’ list and in the Fighters’ list, receiving rewards from both of these pools of rewards every week.

In the same way, a Knight is included in all the three lists of Army-Z members, Fighters and Knights (since he has all these three medals) and he is receiving rewards from all these associated pools of rewards.

Obviously, as the requirements are higher for each rank , the list with the members that are eligible to receive a higher rank’s rewards are less and the rewards are much better. In contrast, a single Army-Z member is in a much more populated list , sharing the weekly rewards with many more other people.

What is BitcoinZ Army in a 59 seconds video !


EIN Presswire’s priority is source transparency. We do not allow opaque clients, and our editors try to be careful about weeding out false and misleading content.
As a user, if you see something we have missed, please do bring it to our attention. Your help is welcome. EIN Presswire, Everyone’s Internet News Presswire,
tries to define some of the boundaries that are reasonable in today’s world. Please see our
Editorial Guidelines
for more information.

Article originally published on www.einpresswire.com as BitcoinZ releases BTCZ Army 2.0, a major concept of its updated Dynamic Roadmap with many new features 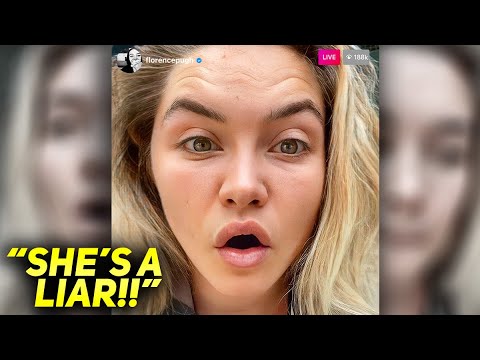 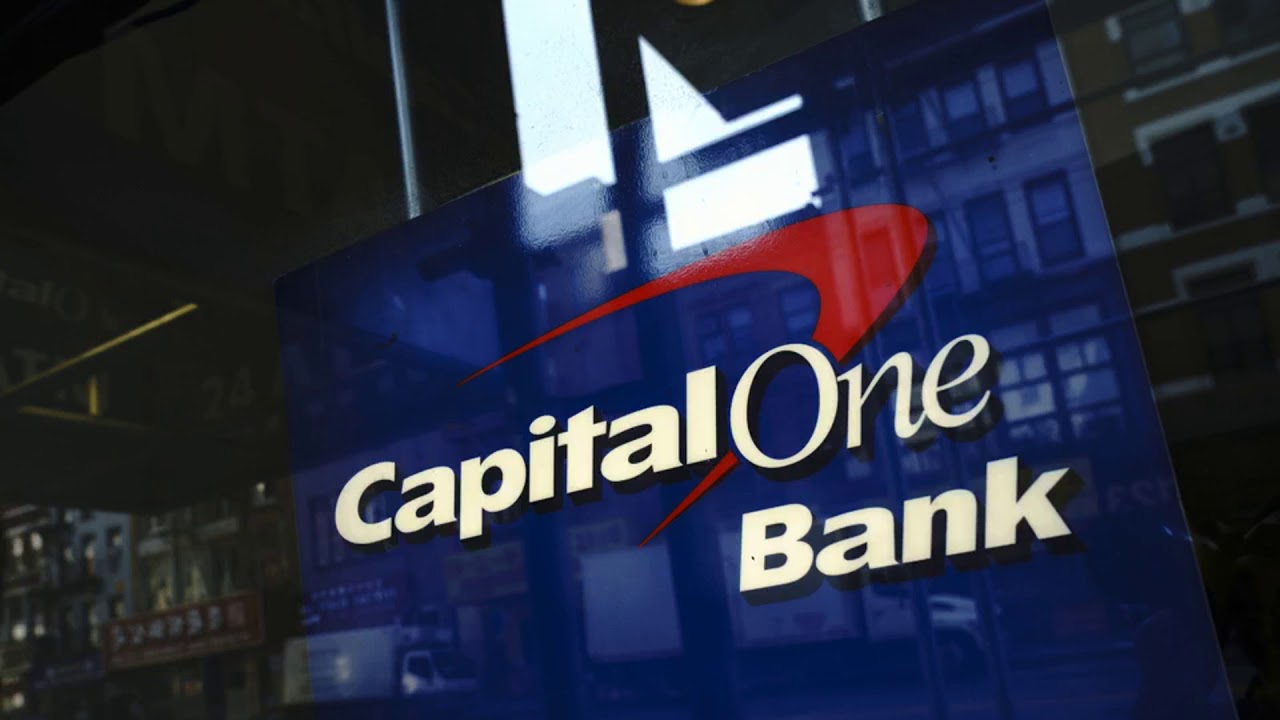 Next Article Capital One replaces security chief after data breach

T-Mobile sets April 2 deadline for office workers to be fully vaccinated against COVID-19, or lose jobs

[ad_1] T-Mobile will require all of its office workers, with limited exceptions, to be fully vaccinated by April 2, saying in a memo that those […] 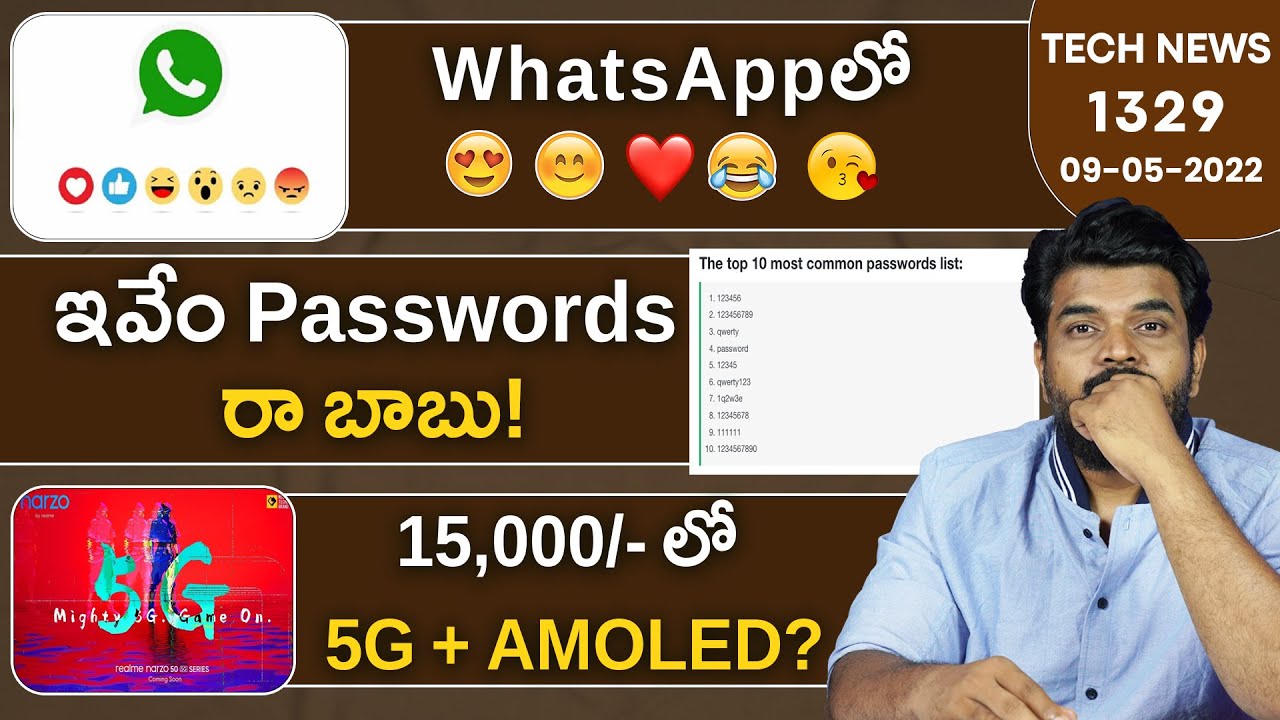 Support me 🙂 (Everytime you buy using the below links I get a small commission which will help me make more Product Reviews … Originally published at https://www.youtube.com/watch?v=39J_TsdFkWY

[ad_1] Professionals attempting to renew their license in Washington state are redirected to information on a possible security breach. The data of professionals licensed with […]