Cybersecurity continues to be top of mind for IT professionals between Russia’s invasion of Ukraine and record-breaking breaches. Investors are pouring billions of venture capital dollars into cybersecurity startups helping companies secure their operations.

“It is clear that the cloud digital transformation coupled by sophisticated attacks/bad actors is fueling a golden age for the cybersecurity sector looking ahead,” Wedbush analyst Dan Ives wrote in a note last week.

The Seattle region is home to many cybersecurity startups that provide solutions ranging from blocking spam calls to real-time Security Information and Event Management (SIEM) monitoring. Scroll down to see a full list of these startups and other companies with a large presence in the area.

These figures precede the Russian invasion of Ukraine in late February, which heightened the potential for security incidents on critical infrastructure. The Biden administration reiterated the potential for cybersecurity attacks last week based on “evolving intelligence” prior to a press briefing with Anne Neuberger, deputy national security advisor for cyber and emerging technology.

“If you have not already done so, I urge our private sector partners to harden your cyber defenses immediately by implementing the best practices we have developed together over the last year,” Biden said in a statement.

The ramifications of incidents in cyberspace to affect critical infrastructure (such as the Colonial Pipeline ransomware breach in 2021) make the potential for an attack more personal and critical for individuals and enterprises alike to boost their online security.

Although advanced persistent threats (APTs), or nation-state actors, have the most advanced tools to launch devastating attacks in cyberspace, ransomware continues to grow in prominence among criminal organizations. The rise of business models as ransomware as a service (RaaS) grants anyone the ability to launch attacks against victims for as little as $40 per month.

“Hundreds of millions of dollars were paid in ransoms by U.S. companies just last year against criminal activity happening in the U.S. today,” Neuberger said. “Every single day, there should be a call to action.”

Everyone can fall victim to a major incident, including enterprises with some of the most rigorous compliance standards. Last week Microsoft confirmed it was hacked by Lapsus$ group, whose members include youth from Brazil and the United Kingdom. Seven people were arrested (including a teenager in Oxford) for hacks that also targeted major companies such as Samsung and Okta.

We’ve listed Seattle-area cybersecurity startups below, along with other companies that have a sizable presence in the area. We included companies that were acquired but still operate a standalone business. Consulting services businesses were not included. This is an active list, and we know there are more startups in the region. Email us at [email protected] with suggestions to add a company.

What they do: Identity authentication tech that includes services like single sign-on, two-factor authentication, password-free login capabilities, and the ability to detect password breaches.

CEO: Eugenio Pace, who formerly ran the patterns and practices group at Microsoft

Related coverage: Auth0 CEO Eugenio Pace on the $6.5 billion deal with Okta and his advice for entrepreneurs

CEO: Jason Needham, co-founder of CloudCoreo and senior director of multi-cloud security for VMware after it acquired CloudCoreo.

What they do: Provides real-time incident response and security solutions for enterprises with a team of Security Operations Center (SOC) analysts.

CEO: Garrett Silver, who previously the CEO-in-residence at Madrona Venture Labs and a member of the Sharebuilder 401K board of directors.

What they do: Provides tailored solutions for financial institutions (such as cyberfraud and real-time detection).

CEO: Steve Soukup, who has more than 20 years of sales leadership in companies such as Intuit.

Related coverage: With $6M in fresh funds, new DefenseStorm CEO is ready to take on cybersecurity

What they do: Sells a bevy of products including a domain and DNS threat intelligence platform; a domain risk assessment tool; a phishing domain discovery tool; and an API service.

What they do: Cloud detection and incident response platform that uses machine learning to take action against security incidents.

CEO: Patrick Dennis, former CEO of Guidance Software with prior executive roles at Oracle and EMC.

What they do: Identifies caller ID to help consumers recognize and block spam calls and vishing (voice phishing) attempts.

CEO: Alex Algard, founder of Hiya who spun out the company from Whitepages, which he founded in 1996.

What they do: Helps employees access resources from devices both on premises or remotely in the cloud.

What they do: Password manager that creates unique, complex passwords for all of your accounts so you only need to remember one master password.

What they do: Provides zero-trust software solutions such as polymorph on operating systems like Linux to harden machine defenses.

CEO: Alexander Gounares, who held prior leadership roles at AOL and other tech companies.

What they do: Provides industry-standard compliance certifications such as SOC 2, HIPPA, and ISO 27001.

Location: Seattle (CEO based in Seattle, along with other executives)

What they do: Uses offensive tools of the trade to test and improve enterprise security.

CEO: David McGuire, a University of Washington alumni who has more than 20 years of experience in industry leadership and U.S. Marine cybersecurity roles.

What they do: Provides endpoint management solutions on the cloud to help enterprises manage assets, clients, and threats in real-time

What they do: Focuses on securing critical networks through a solution that protects assets by limiting access to assets on a principle of zero trust.

What they do: Provides a range of network and security services, such as multi-factor authentication.

CEO: Prakash Panjwani, who previously served as CEO and president at SafeNet prior to his role at WatchGuard. 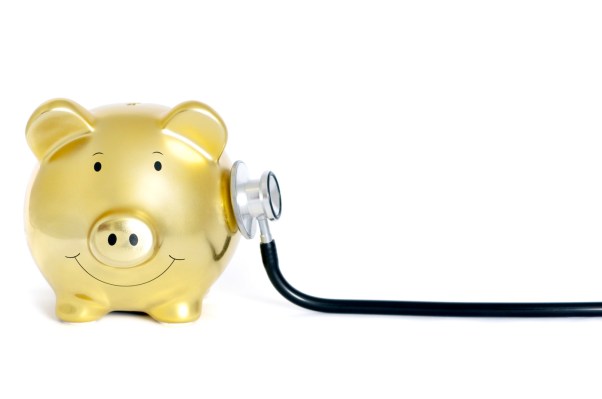 Have we hit peak unicorn?

[ad_1] Photo via Shutterstock As of this week, there are now more than 1,000 startup unicorns scattered across the globe — a group of privately-held […]

What are they and how to invest in them?

[ad_1] Credit: Pixabay/CC0 Public Domain As the price of Bitcoin soared since first being introduced, investors have sought ways to get a piece of the […]