This is a big win for San Jose and cities across the country and a loss for the billboard industry.

No Digital Billboards in San Jose believes that the values of the public not the billboard industry should set the aesthetic and environmental standards for San Jose.”

“This is a big win for San Jose and cities across the country and a big loss for the billboard industry,” said Jason Hemp a founding member of No Digital Billboards in San Jose, a grassroots organization leading community opposition to new digital billboards. “No longer will billboard companies be easily able to claim the First Amendment protects them from regulation by local government.”

Case in point was last week’s ruling by the California Superior Court that digital billboards erected adjacent to Highway 101 & 880 and along Highway 87 without permits were not protected by the First Amendment and violated San Jose’s existing ban on new billboards on private property. The Court called for their removal and the decision was not appealed.

On Feb. 15 of this year the City Council approved two digital billboards at the San Jose Airport, the first of at least 22 mostly on public buildings as a result of quietly revoking, without adequate public outreach, the 1972 ban on billboards on public property.

Notably, 93% of over 2,000 respondents to a 2021 Planning Department survey oppose new digital billboards on freeway facing locations and 80% on downtown landmark public buildings.

Despite such public opposition, the City Council (with the exception of Matt Mahan) has repealed the decades long ban on new billboards on public property in San Jose.

No Digital Billboards in San Jose believes that the values of the public not the billboard industry should set the aesthetic and environmental standards for San Jose. “Accordingly, we intend to make billboard policy an issue in the campaigns for Mayor and City Council,” declared Mr. Hemp.

NO DIGITAL BILLBOARDS IN SAN JOSE

Previous Article Warehouse Management System Market Size is projected to grow at over 15.5% CAGR to 2030 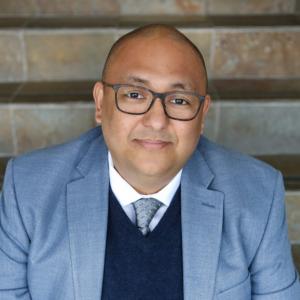 Resistance Units broadcast anti-regime chants over a public announcement system in various cities, such as Mashhad, Kermanshah, Rasht, and Sabzevar on Thursday, June 23rd. They broadcast slogans such as “Overthrow”, “Death to Khamenei, hail to Rajavi”, ” Iranians are vigilant and hate the Shah and mullahs”, and “Neither we want the Shah, nor the mullahs”…

Since social media platforms pulled Donald Trump’s access, the US President has lost his preferred method of talking to his …
Originally published at https://www.youtube.com/watch?v=8ZnqtDqm_68