How a Norfolk GP built his own Red Baron Fokker triplane

Some people make models of vintage aircraft. Others build their own full-sized First World War fighter aircraft to fly themselves.

AeroTime meets Peter Brueggemann, a 58-year-old doctor living in Norfolk, UK, who spent 10 years building his own replica Fokker triplane, which he now pilots about the skies of eastern England.

The Fokker Dr.1 Triplane is Germany’s most famous World War 1 fighter, designed by Anthony Fokker, and known for its maneuverability. Ace pilot Manfred von Richthofen painted his Triplane (or Dreidecker in German) bright red, leading him to become known as the Red Baron. Von Richthofen was shot down and killed in his Dreidecker over France on April 21, 1918. The Fokker Triplane was obsolete within months, replaced by more modern flying machines.

It’s amazing that such a plane can take to the skies more than 100 years after it was first designed. Brueggemann marvels:  “The technology is over 100 years old. You couldn’t take a 104-year-old car on the motorway today. But this plane can fly. It’s amazing.”

How much does the modern-day Baron think his aircraft is worth? While he’s never looked at selling, Brueggemann estimates it cost him around £70,000 in total.

“I guess it would be worth whatever anyone wants to pay for it,” he says.

Brueggemann was born in Germany but moved to the UK for work in 1992 after completing his medical training. It was there that he learned of people building their own vintage aircraft, something that would have been impossible in Germany.

Brueggemann’s enthusiasm for the aircraft is infectious. “It’s fascinating and unique, the shape and history of it,” he tells me. “When you fly it, you get a sense of how those young men must have felt over 100 years ago. Although for them, they knew they would have someone shooting at them.”

So, how do you build your own full-size WW1 aircraft from scratch? Bruggeman explains that he acquired a set of technical drawings from the United States and then the Light Aircraft Association (LAA) in the UK assigned inspectors to check where and how Bruggemann was building the aircraft, including his plans to build the wings in his double garage and what materials he was using.  Fellow WW1 aircraft enthusiasts helped him out with tips and information.

“I was always quite good at DIY, but I had a lot to learn,” reveals Brueggemann. “I started building it before I even had my pilot’s license. It’s just the fascination of it.” For example, he had to learn how to shape plywood and develop sewing skills to stitch the fabric skin of the aircraft round the frame. And all while working a full-time job, maintaining family life and learning how to actually fly.

I visited Bruggemann on a bright sunny day in March 2022 at Felthorpe airfield, to the north east of Norwich in Norfolk. Together, we pushed the bright red triplane out of the hangar and onto the grass. The color of the Oratex aircraft skin is even officially called “Fokker Red”. Fake bullet holes are painted on the outside but the WW1 gun and bullets on the front of the aircraft are real enough. In homage to the Red Baron, Brueggemann has even bought himself the title of “Baron”, and it is emblazoned on the side of his aircraft.

New technology in a vintage plane

While the aircraft from the outside looks exactly the same as it would have done more than 100 years ago, Brueggemann has made some modifications in a nod to the 21st century.

The Norfolk doctor, or Baron von Brueggemann, has added a modern radio and transponder to meet the airspace requirements for nearby Norwich Airport (NWI). He has also built in a more modern, electric fuel gauge and even a mobile phone holder, which allows him to use navigation apps while flying, something that certainly wasn’t around in 1917! The plane also has extra engine supports for the 180 brake horsepower (BHP) Lycoming four-cylinder O-360 engine. Back in the day, the Fokker triplane was powered by a rotary engine with around 110 BHP.

Sadly, there wasn’t enough wind to watch the doctor take his aircraft to the skies on the bright spring day that I visited. The aircraft needs a certain amount of wind down Felthorpe’s relatively short grass runway in order to be able to take-off safely.

Brueggemann currently has about 15 hours in the single-seat triplane. And yes, with only one seat, you can’t have an instructor help you out the first time you go flying. That means your first flight is also your first solo in this aircraft!

Lessons in a Tiger Moth

Brueggemann, who usually flies Cessna aircraft with his PPL, therefore took lessons in a Tiger Moth to get used to the handling and the characteristics of vintage aircraft.

The tail dragger design of the aircraft, with its nose high attitude, also makes it difficult for the pilot to see the runway when taking off and landing, adding to the challenges. No wonder then that Brueggemann was nervous for his first flight!

“My first flight was nerve-wracking. I kept coming up with items to check, to find reasons not to fly, but at some point, you have to go for it,” recalls Brueggemann of the flight in August 2018.

“It takes a while to find your confidence,” he admits. “You’re on your own. Though you know the aircraft inside and out because you put it together!”

Unlike modern light aircraft, there is no trim function to help with stability in the air, meaning the pilot has to constantly check the attitude and make sure the plane is pointing where it’s supposed to.

“It’s very much a rudder plane. It’s so responsive, I have to watch it like a hawk,” says Brueggemann. A slight shift in body position is enough to make the plane change its course. So while the plane has enough endurance to fly for around 3.5-4 hours, Brueggemann says it would be too demanding on him to fly for so long.

Despite the challenges, Brueggemann lights up as he describes how it feels to fly the Fokker Triplane.

“It’s amazing how it flies, the agility in the air and the speed…. The flying is fantastic.” 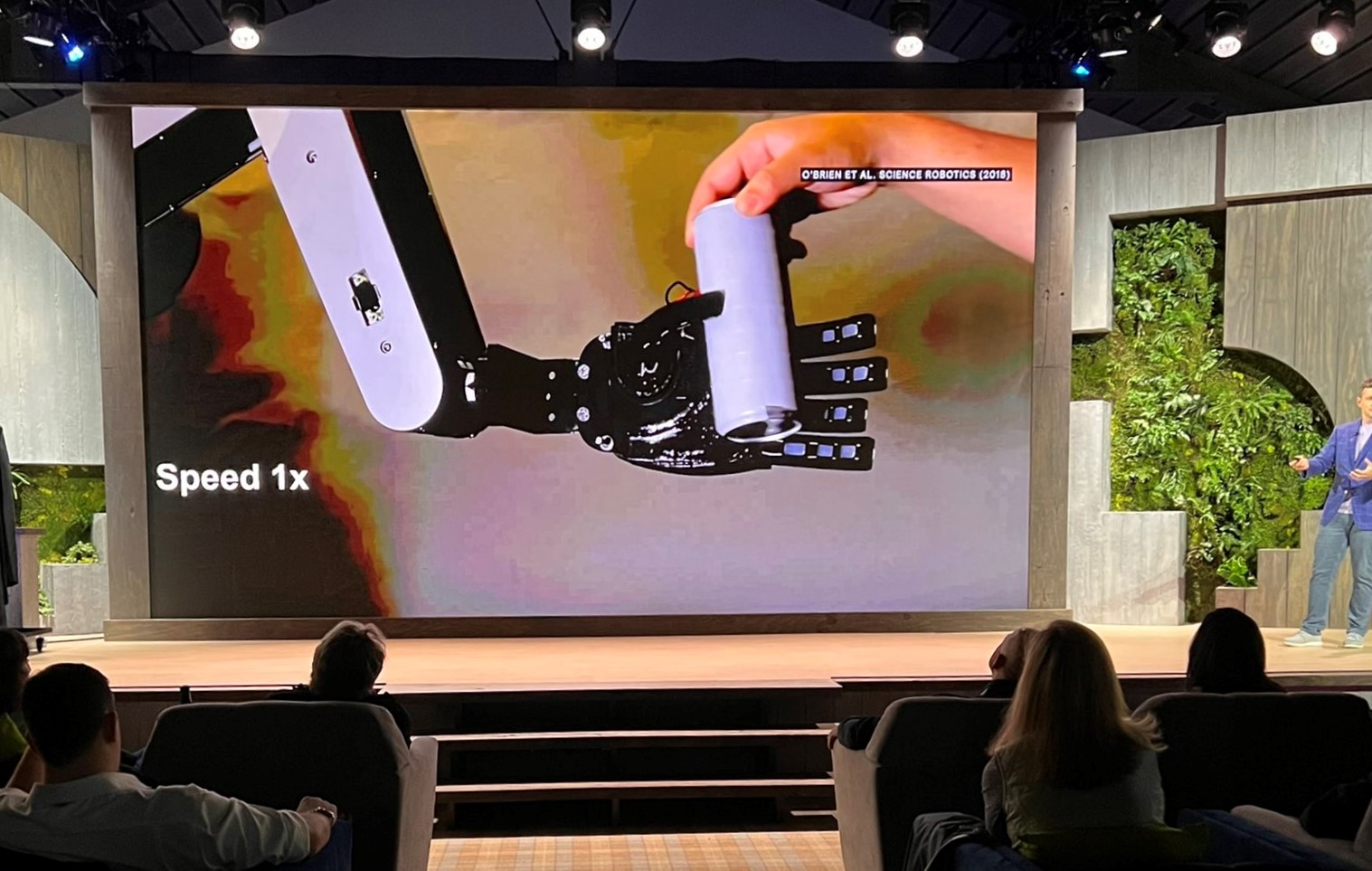 Previous Article Where’s my jetpack? It was at Amazon’s MARS conference

An Ethiopian Airlines jet has crashed shortly after take-off from Addis Ababa, killing all on board. The airline said 149 passengers …
Originally published at https://www.youtube.com/watch?v=nOIfgmp5Mic

Above us only….drones? The Civil Aviation Authority (CAA) has formally opened a public consultation on the Ministry of Defence (MoD) proposal to change airspace regulations around RAF Waddington to allow armed Protector drones to operate from the base from 2023. In short, these changes will put in place  a ‘danger area’ around Waddington to allow…

This story republished from https://www.easa.europa.eu/newsroom-and-events/news/sunny-swift-tactile-warning-episode 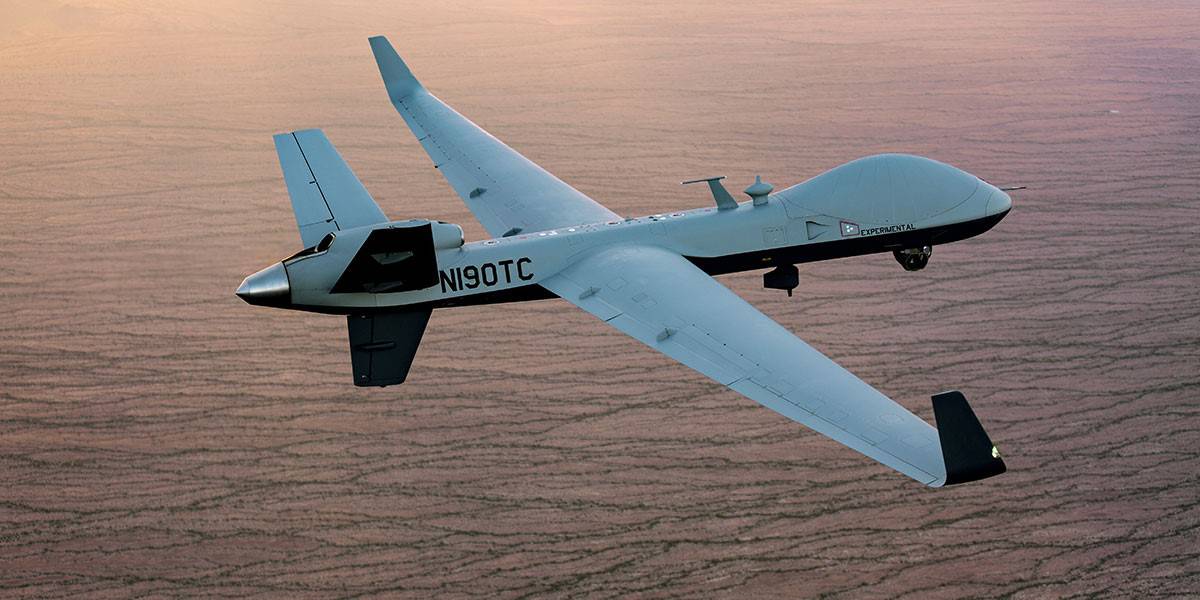 General Atomics Aeronautical Systems, Inc. (GA-ASI) has confirmed that the first Mission Trainer for the MQ-9B SkyGuardian UAS (unmanned aerial system) has been delivered to the company’s Flight Test and Training Center (FTTC) in Grand Forks, North Dakota. The new Mission Trainer is designed to provide realistic synthetic mission training for both pilot and sensor…