It all started on April 8, 1946, when a Douglas DC3 Skytrain flew from Addis Ababa (ADD) to Cairo (CAI) via Asmara (ASM) under the livery of a new airline, created a few months earlier as a joint venture with TWA-Trans World Airlines (TW): Ethiopian Air Lines (ET) was born.

Five more aircraft of the same type followed and, in the wake of the successful inaugural flight, regular weekly international services were scheduled with air links to Djibouti (JIB), and Aden (ADE), and a domestic flight to Jimma (JIM).

The launch was such a success that, towards the end of 1946, four more DC3 Skytrains were acquired. Comfort was spartan. The aircraft was military reformed. The seating consisted of folding canvas benches along the sides, with the center of the cabin being used for cargo loads.

To better exploit its growing international network, ET increased the number of aircraft in its fleet but, this time, fitted with what could be termed “luxury” seating with 21 forward-facing seats.

These aircraft were the first to wear the ET livery. Toward the end of the 40s ET network destinations comprised Nairobi (NBO), Port Sudan (PZU), and Bombay, today Mumbai, (BOM). ET also exploited charter services to Jeddah (JED) during the Hadji pilgrimage period to Makkah.

The Fifties and Sixties

The airline, AKA Ethiopian, started to modernize in 1952 by acquiring three Convair 240s and offering its customers the comfort of a pressurized cabin and, for the times, modern fittings. In the mid-fifties, ET started flying to Frankfurt (FRA) and opened its own maintenance facilities. In 1957, an Ethiopian Captain is in command for the first time and the replacement of ET American pilots begins. A DC6B Cloudmaster was added to the fleet in 1958 to ensure long-haul services.

Ethiopian prepared itself to enter the jet age while a new airport and headquarters were being built at Bole, which, in 1962, would become Addis Ababa-Bole International Airport. Services to Monrovia (ROB), via Khartoum (KRT) and Accra (ACC), started, the first service linking East and West Africa.

The jet age for ET started in 1962 with the arrival of the first B720, landing at the new ADD airport, a first-time event for Africa. With the new aircraft, jet services would start linking ADD to NBO followed by a flight to Madrid (MAD) via ASM and Athens (ATH). In 1965, ET became a share company and its name was changed to Ethiopian Airlines, a small change from the previous Air Lines.

The Next Three Decades

More aircraft join the fleet; a third Boeing 727 and two De Havilland DHC-5s are added, while the first Boeing 767-200 is delivered via a record-breaking flight for a twin jet, from JFK to ADD. At the end of this decade, the now 40-year old DC3 workhorses were slowly removed from service, but nine of them remained on active duty until October 1991. The replacement is assured by the De Havilland DHC-6 and ATR42 to be flown domestically.

During the 90s, ET celebrates its 50th anniversary, adds Fokker 50 to the fleet, a Boeing 767 simulator to its flying academy, and extends its network to Europe, China, and Thailand. A twice-weekly service to the US is added in 1998, Washington (IAD) being the first destination quickly followed by JFK. A frequent-flier plan, Sheba Miles, is also launched.

Ethiopian, while sustaining steady growth, modernizes itself in 2002 by acquiring six Boeing 737-700 and six Boeing 767-300 as replacements for older Boeing 767-200 and B727. Just before celebrating its 60th anniversary, ET places firm orders for ten Boeing 787 Dreamliners and becomes the first airline to fly the type in Africa.

Continuing in its expansion, ET enters into a large order of 35 aircraft directly with manufacturers in 2009 and becomes a member of Star Alliance the following year. The first Airbus A350-900 arrives in 2017 while ET continues to expand the network to Antananarivo (TNR), Oslo (OSL), Jakarta (CGK), Singapore (SIN), and Chengdu (CTU).

The airline received several Skytrax awards and, in 2019, was named the best African airline for the third time, along with awards for the best business and economy class in Africa. By 2021, ET has a fleet of 127 aircraft, plus four on order, and flies to 123 international destinations, both passengers and cargo, and 22 domestically. 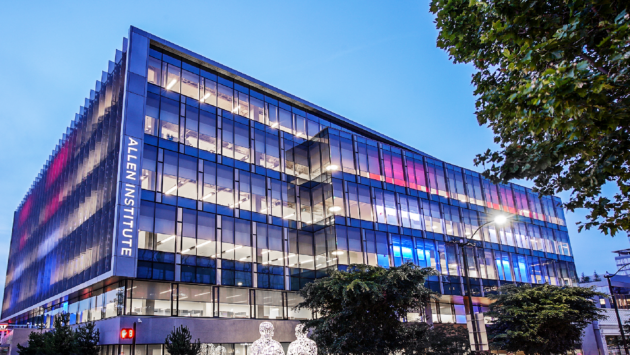 [ad_1] cloudIT listed by Inc. Magazine as among the most prestigious of the fastest-growing private companies based in the Southwest. PHOENIX, AZ, USA, April 13, […]

Over 200 sailors have moved off the USS George Washington aircraft carrier after multiple deaths by suicide among the crew, …
Originally published at https://www.youtube.com/watch?v=oOVXBfasuKc