SEATTLE, WASHINGTON, USA, May 3, 2022 /EINPresswire.com/ — Miller Mendel, Inc. (MMI) filed an appeal to an Eastern District of Texas judge’s decision to grant a motion to dismiss MMI’s patent infringement lawsuit against the City of Anna (Texas). MMI’s patent remains in full effect until the appeal has been decided, likely sometime in or after 2025.

On December 2, 2021, MMI filed a patent infringement complaint in the federal court for the Eastern District of Texas against the City of Anna. The complaint came about after MMI became aware the City of Anna was likely infringing on MMI’s patent through their police department’s use of the Guardian Alliance Technologies’ software. MMI respectfully requested the City of Anna cease their use of the infringing software. The City of Anna did not respond and continued to use the Guardian Alliance Technologies software and therefore continued to infringe the MMI 10043188 patent issued by the USPTO.

On April 14, 2022, an Eastern District of Texas judge granted a motion to dismiss MMI’s patent infringement lawsuit against the City of Anna. This decision was passed down despite the indisputable fact that in a similar patent infringement complaint filed by MMI against the City of Oklahoma City in 2019, an Oklahoma Western District Court judge denied the City of Oklahoma City’s motion to dismiss the lawsuit, which was based on the same grounds later used by the City of Anna when they brought forth their Motion to Dismiss.

MMI determined that appealing the Eastern District of Texas court’s decision was the prudent next step based on the indisputable fact that two federal judges made opposite, conflicting decisions regarding motions to dismiss made on the same grounds filed by counsel for Guardian Alliance Technologies; one judge granted the Motion to Dismiss and the other judge denied the Motion to Dismiss in MMI’s favor. Additionally, three USPTO Patent Trial and Appeal Board (PTAB) judges have reviewed Guardian Alliance Technologies’ multiple attempts to invalidate MMl’s patent at the USPTO PTAB level and denied Guardian each time, maintaining MMI’s patent in full effect.

The Eastern District of Texas judge’s decision does not invalidate MMI’s patent. A small number of claims (three of fifteen) within the overall patent are in question. All claims and the entire patent remain valid and enforceable until the United States Court of Appeals for the Federal Circuit renders a decision. MMI can continue to enforce its intellectual property rights under the patent until the Court of Appeals hears and renders a decision.

Miller Mendel, Inc. (“MMI”) creates, sells, and supports its software technology solutions for local, state, and federal public safety agencies and is the holder of two patents (U.S. Patent No. 9070098 and U.S. Patent No. 10043188) related to the features of its flagship product, eSOPH. Our primary focus is to turn past practices used by city, county, and state governments into efficient and cost-effective electronic solutions. MMI is known for creating category-leading systems and providing responsive, exceptional support to all our clients. We place great pride in straightforward and transparent operational practices that foster a high level of respect and praise from our government clients. 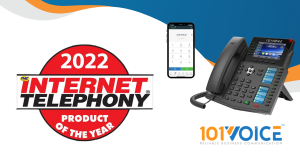 Marcus Coleman, Director of the Homeland Security Center for Faith-based & Community Partnership, speaking at the National VOAD conference in Baltimore, Maryland The 2022 National VOAD conference held in Baltimore was attended by over 750 disaster responders A volunteer explains how Scientology “assists” help those following a disaster Churches of Scientology Disaster Response booth volunteer… 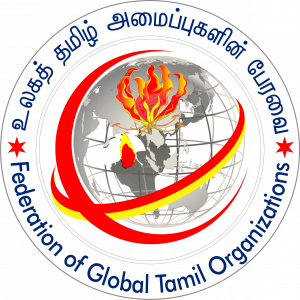 Federation of Global Tamil Organizations Pottuvil to Polikandy (P2P) rally. Photo curtesy by Tamil Guardian. Tamils demand political solution and a guarantee of justice for crimes of genocide before the Tamil Diaspora provides their Expertise and Financial Resources FGTO urges the international community to immediately support an interim governance structure for the Tamil homeland, Tamil…